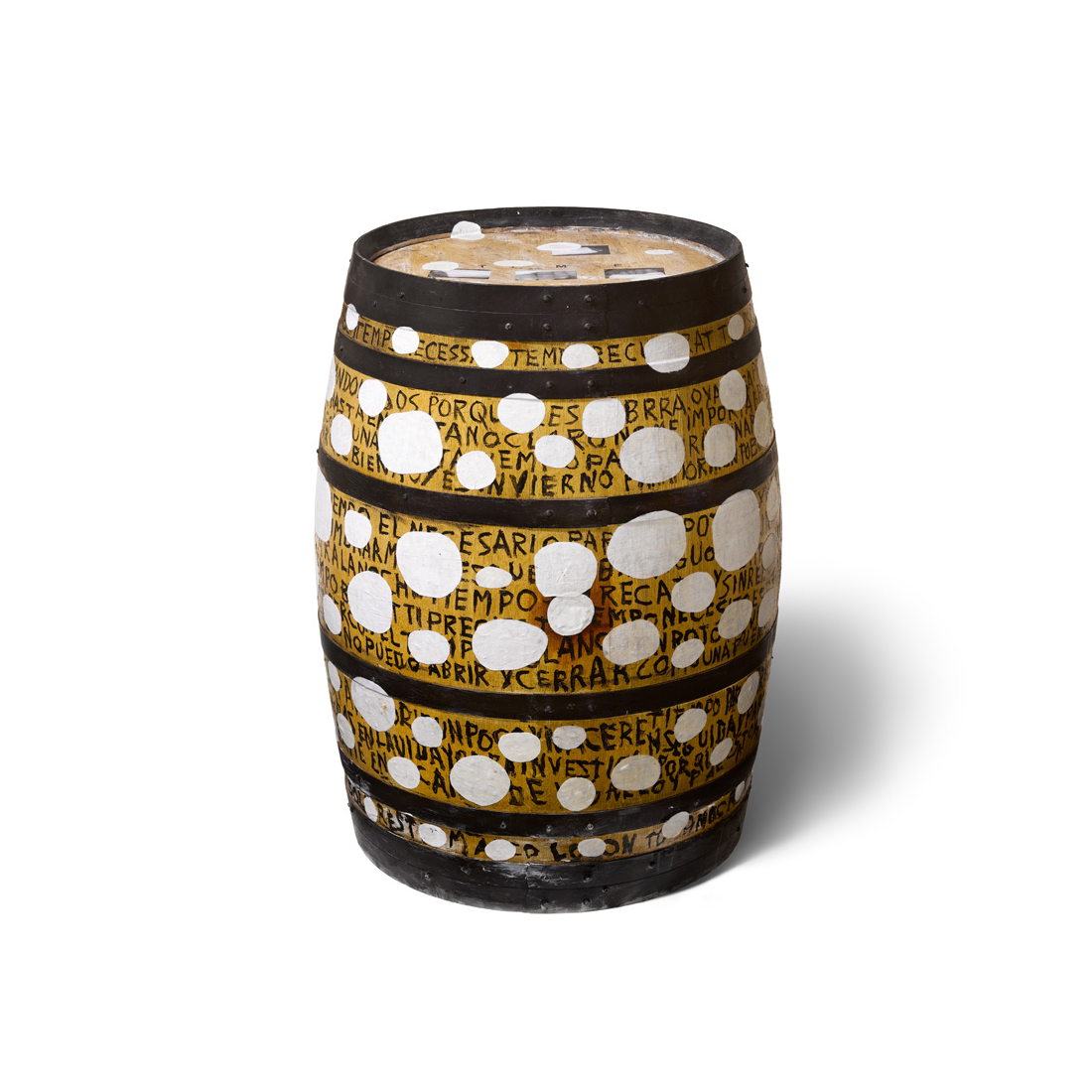 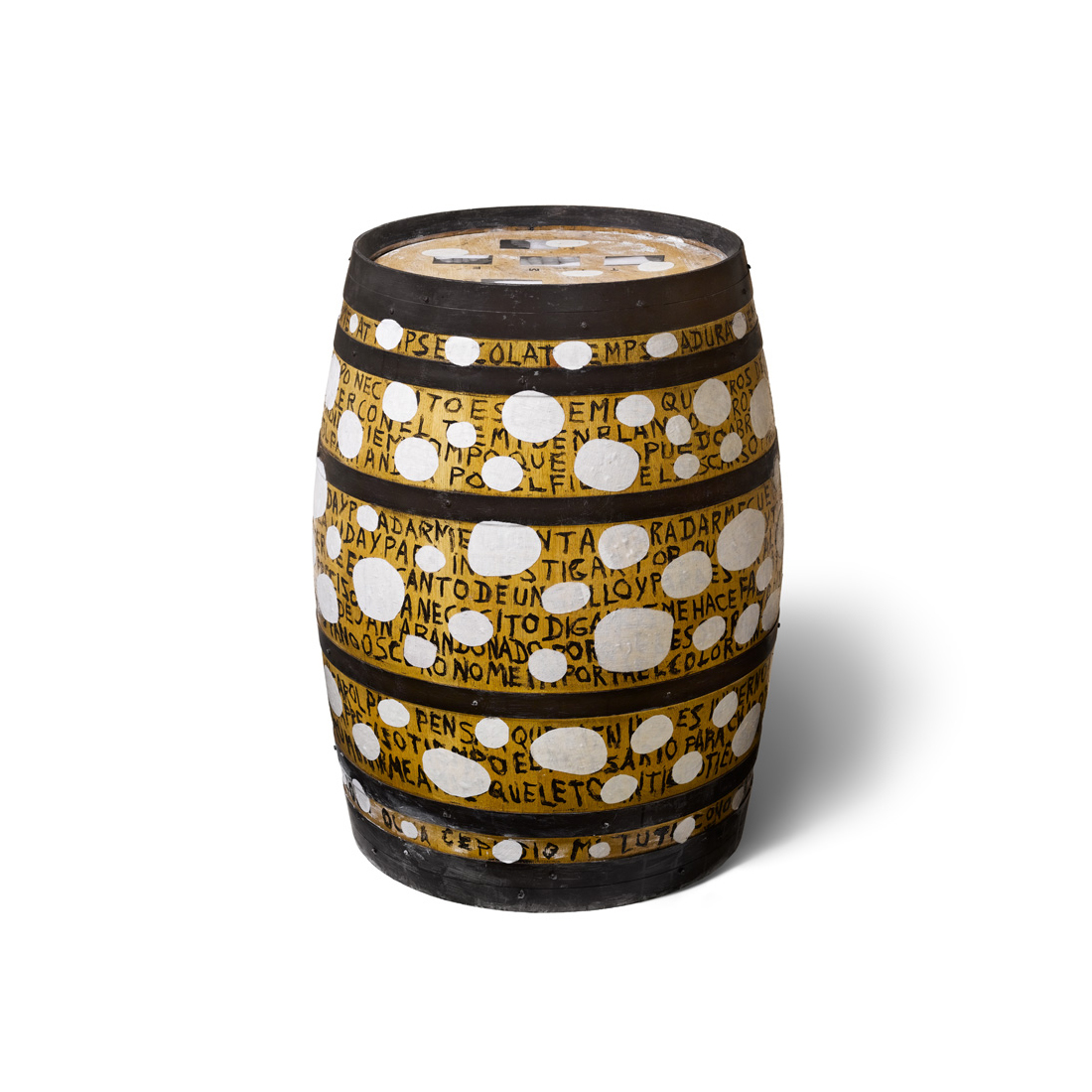 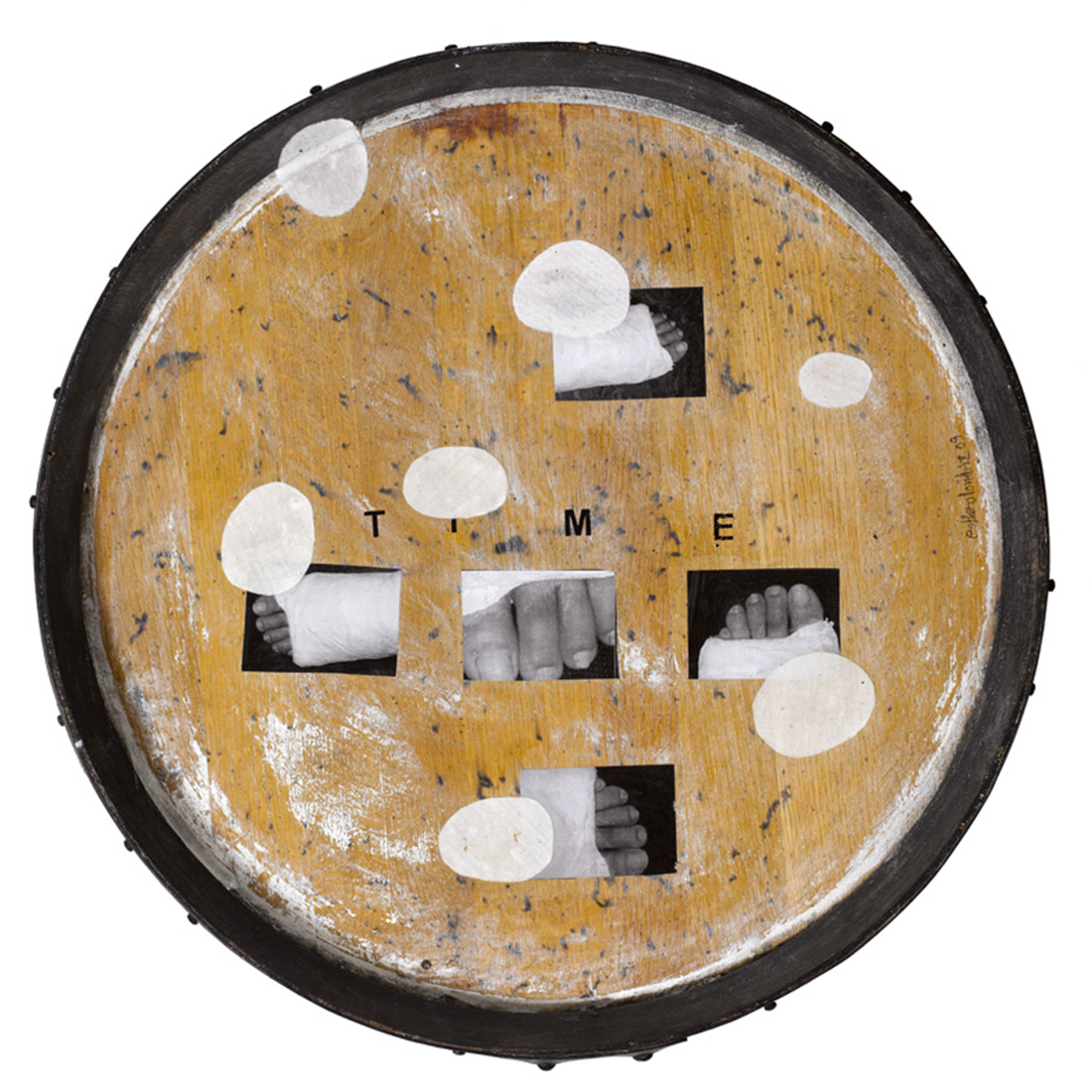 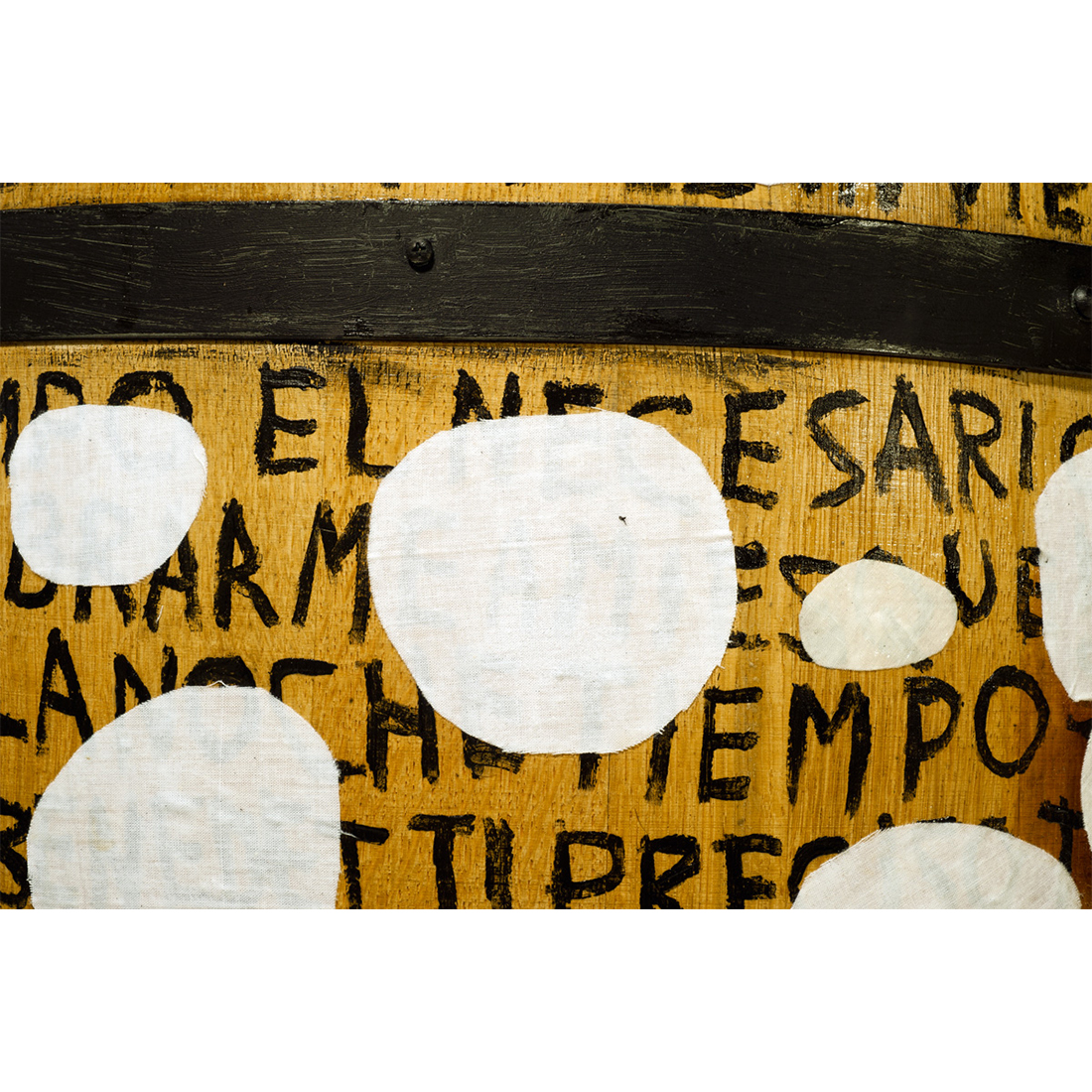 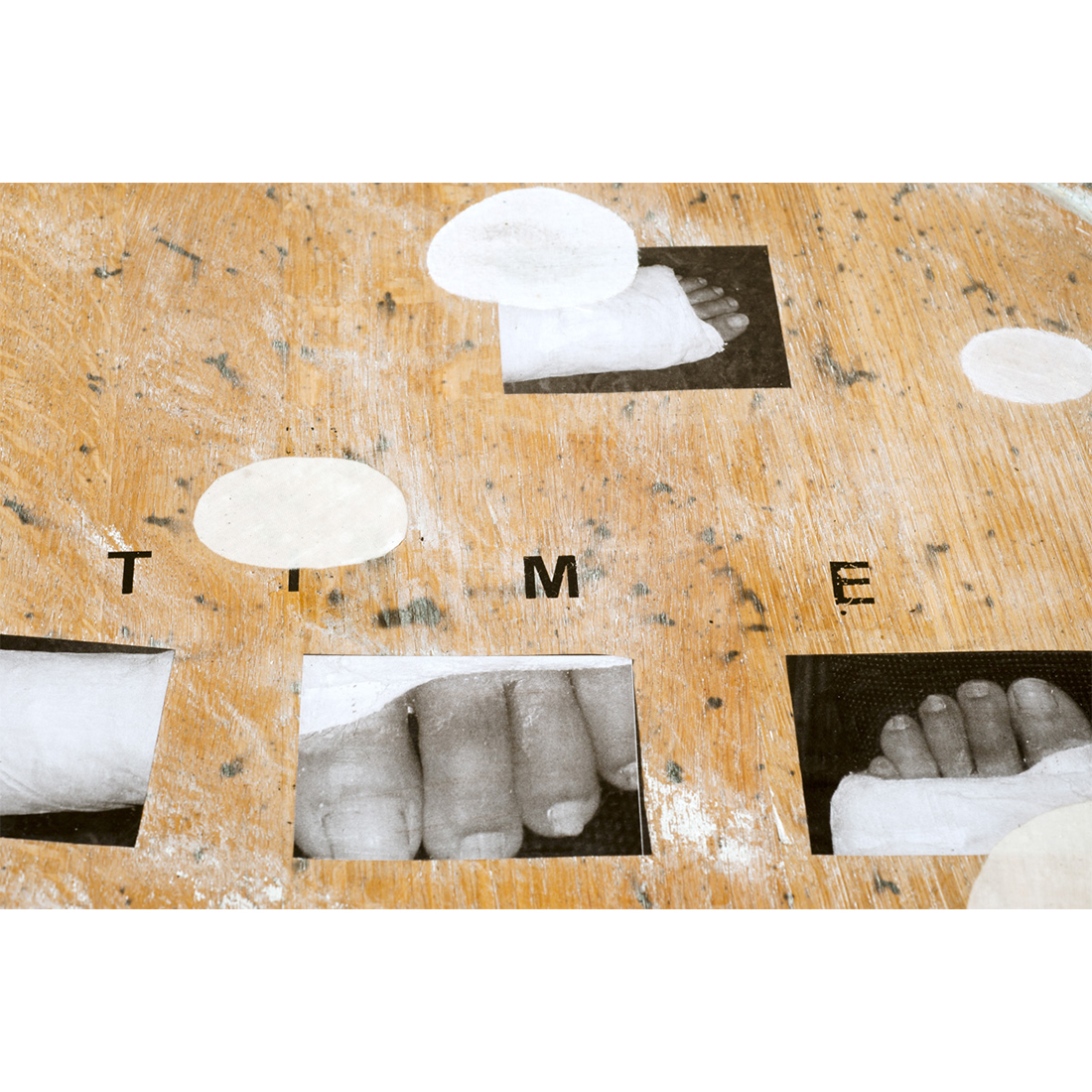 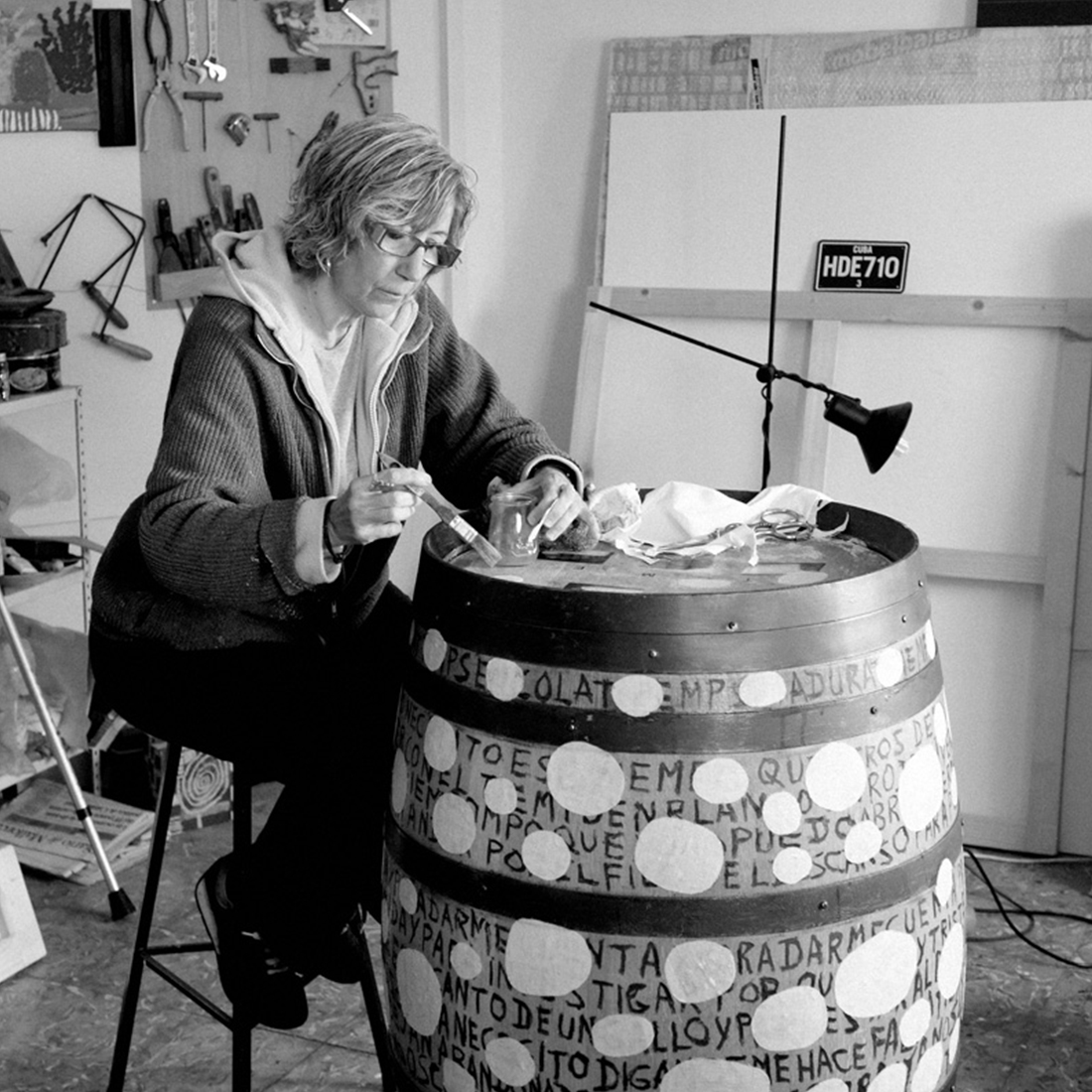 A graduate in the Applied Arts (In the Applied Arts and Artistic Trades Schools of Palma). Her first exhibition took place in 1978 in the Museum of Mallorca. She later showed work in the Trui Centre Jazz (Palma 1980), the Caligrama Pata-Gallo Gal¬ lery (Zaragoza 1983), the Joaquim Mir Gallery (Palma 1985), the Antonia Mas Gallery (Palma 1986), at Arco (Madrid 1986), the 4 Gats Gallery (Palma 1989), at the S’Escorxador (Marratxi 1994), the Convents dels Minims (Sineu 1997) the Sala Juana Frances (Zaragoza 2000), the Torre de Ses Puntes (Manacor 2001), and the Espai Mallorca (Barcelona 2002) among others. She has taken part in various group exhibitions such as: “Patchwork World” (Palma 1991), “Les avantguardes a Mallorca” (The Avant-gardes in Mallorca) (Sa Llotja, Palma 1995), “Dialeg entre illes” (Dialogue between Islands) (La Habana, 1999), and the “Galena Pata-Gallo 1978-1988” exhibition (Zaragoza 2007). In the early eighties she participated in exhibitions of Mail-Art in different countries and published “brochures of a casual appearance” (with 100 original editions published) and object poems. Her interest in visual poetry continues today with series of works using boxes, such as “jo no conec el final” (I do not know the end) and “Historias minimas” (Minimal Stories). Her desire to transfer her feelings which have arisen from viewing other artistic works a painterly medium has been a constant factor in her career, following the Art=Life maxim of conceptual art; a discipline which she has felt closely linked with since her early career. Today her work involves the painting of words, transforming them into mophed logotypes (in her words “logofagiando”), converting them into cryptic writings, using collage techniques with crushed paper, canvas or other materials. She has been awarded grants from the Balearic Ministry of Culture (1991) and the Studio-Grant of the Pilar and Joan Miro Foundation (1999) as well as awards from the municipal councils of the towns of Alcudia (1993), Marratxi (1993 and 1997) and Binissalem (1997). Her most recent individual exhibitions have been “Dona dona…” held in the Capilla de la Misericordia (Palma 2006) and “Nel blue di pinto di blu” at Son Tugores (Alaro 2007) and in the Museum of Menorca (2008).