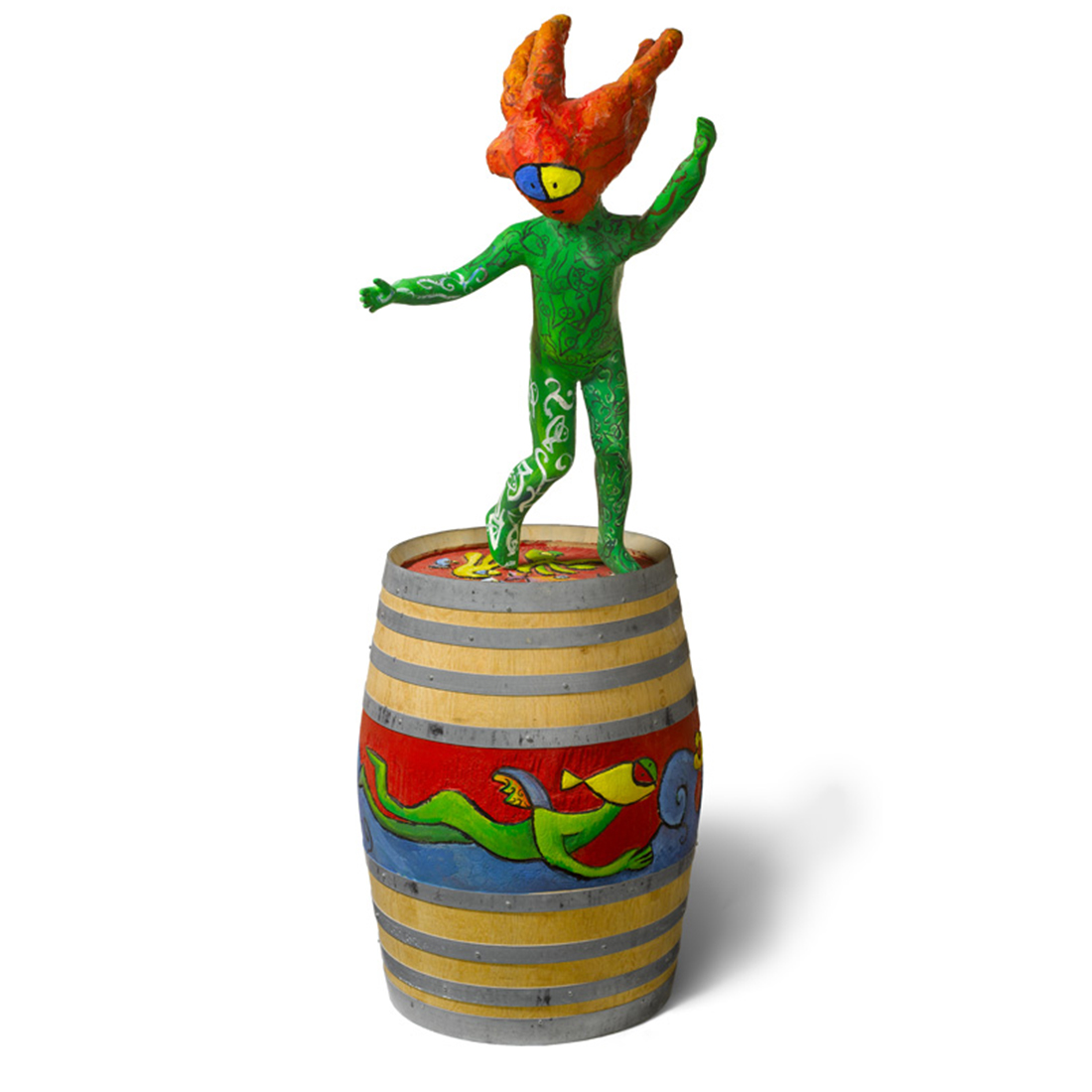 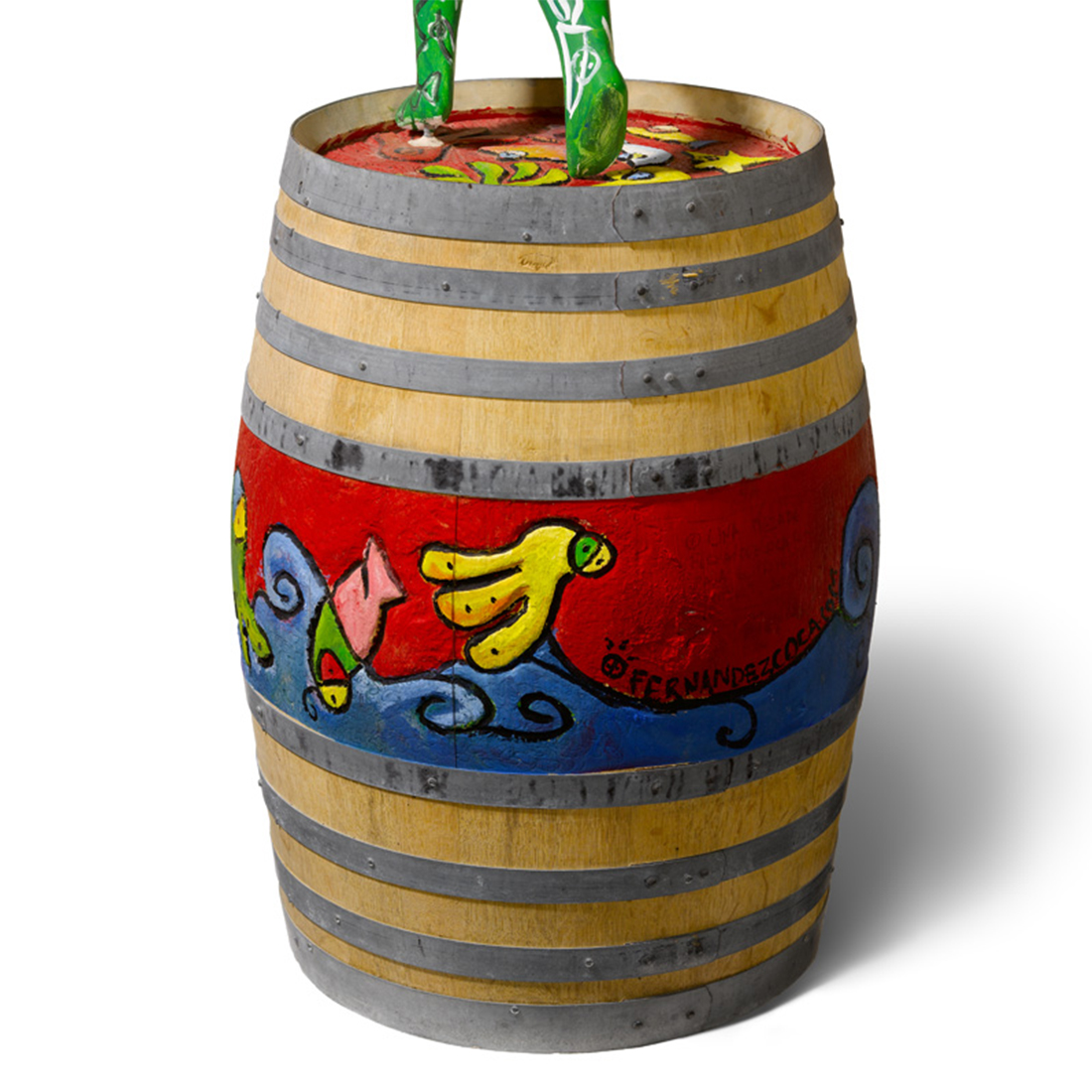 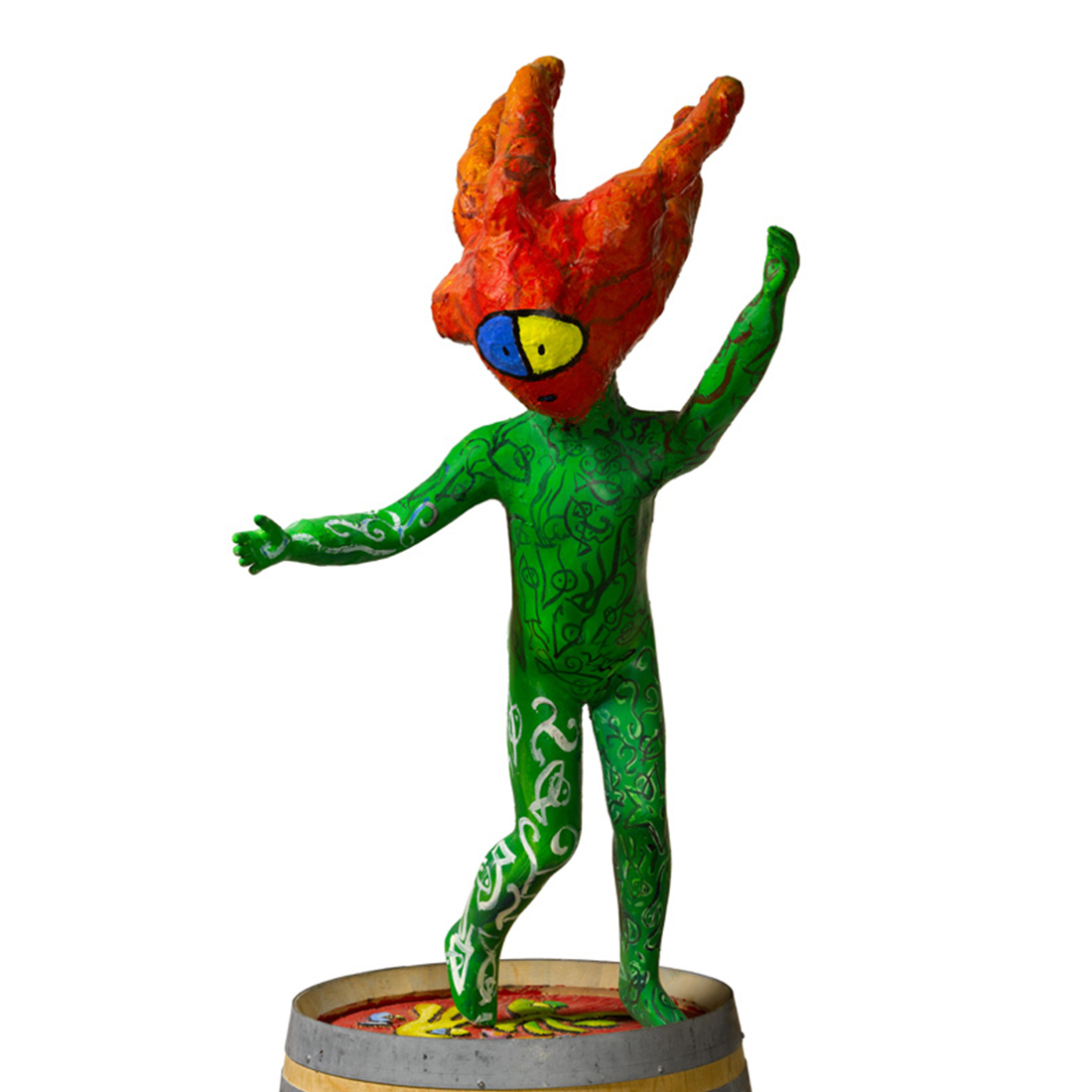 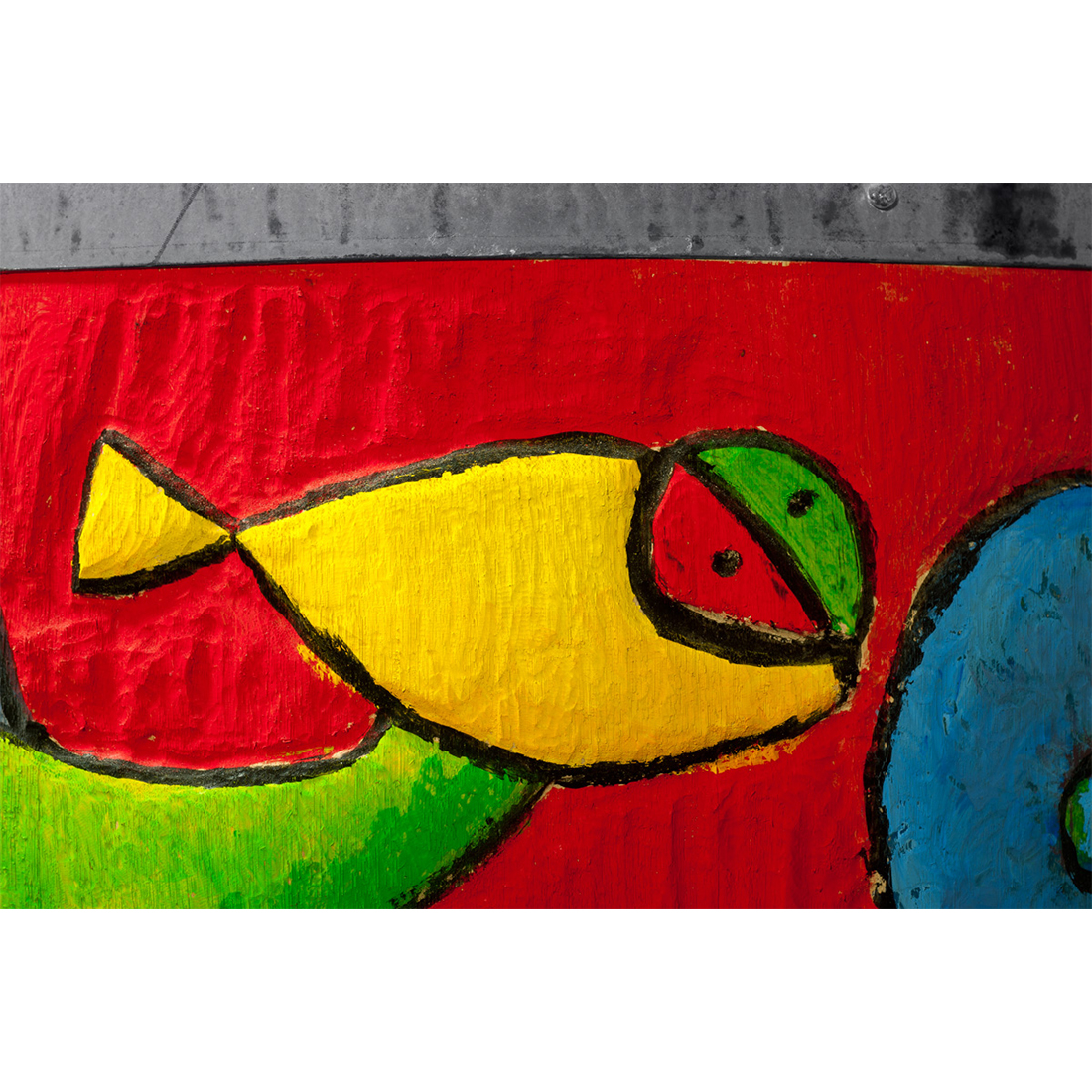 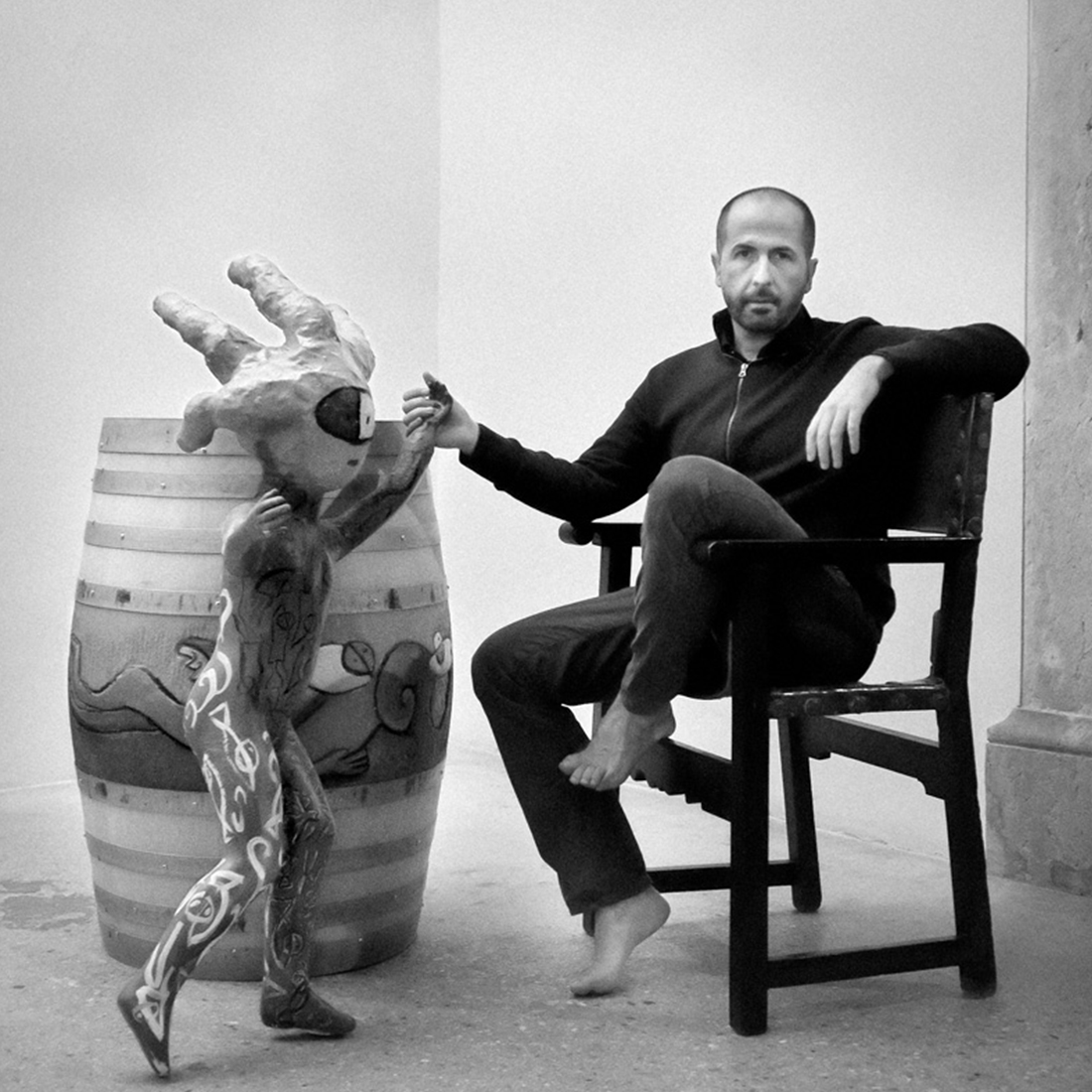 Fernandez-Coca has not stopped working since his first cover project which was published in the El Pais “Tentaciones” cultural supplement of 1999. Any pencil which falls into his hands is soon set to work. He knows no limits.
Fernandez-Coca is a creative artist, with a provocative and original mind. His work is used by large companies, institutional organi¬ sations and other lesser-known bodies, all of which he enjoys at the same level.
He is a creative illustrator who is seemingly unaware of how to stop. The same man will add a human touch to children’s wards in large hospitals (the Vail d’Hebron and Sant Joan de Deu hospitals in Barcelona,the Reus Hospital, the Hospital of Puerta de Hierro in Madrid, etc.) or create the image for a campaign for energy efficiency in Spain and Portugal (Gas Natural Fenosa) he will also personalise your sandals with an original touch (Riudavets Menorca), and these are just a few of the many works which he has undertaken as a creative illustrator. Originally from Jerez, he grew up in Seville and various other European cities, and he now lives in Mallorca, although he is also a frequent occupant of aeroplanes and departure lounges. Fernandez-Coca is considered to be one of the most originally provoking illustrators and creative artists.

His work for the Botart Project comprises a barrel which has been illustrated so that it can be appreciated by the blind, with the title “La mar de vino” (The Sea of Wine). The work itself involved carving the barrel using a gouge which illustrates his journey around the world of bass-relief from a new and innovative viewpoint which blends sculpture and an illustration which is filled with rhythm and colour.
Fernandez-Coca has a degree in Fine Arts from the University of Seville (1989) and a Doctorate in I.T. (2003) from the University of the Balearic Islands, where he is also a lecturer in the subject. Mallorca has been his home since 1992.
Publications.-
The Man who ate Himself, Editorial Glenat, Barcelona, 1999. Tingram, Inreves Edicions, 2001. Blue and Ash, Inreves Edicions, Palma, 2004. EveryArtist is an Island, (group work), Inreves Edicions – the Institute of Balearic Studies, Palma, 2008. The History of Tourism in the Balearic Islands, (with Felip Hernandez), Inreves Edicions, Palma, 2009. Duel of Snails, (script with drawing by
Sonia Pulido) Ediciones Sins Entido, Madrid, 2010. Director of We are the Dead magazine (together with Max), Inreves Edicions, co-published with Sins Entido.