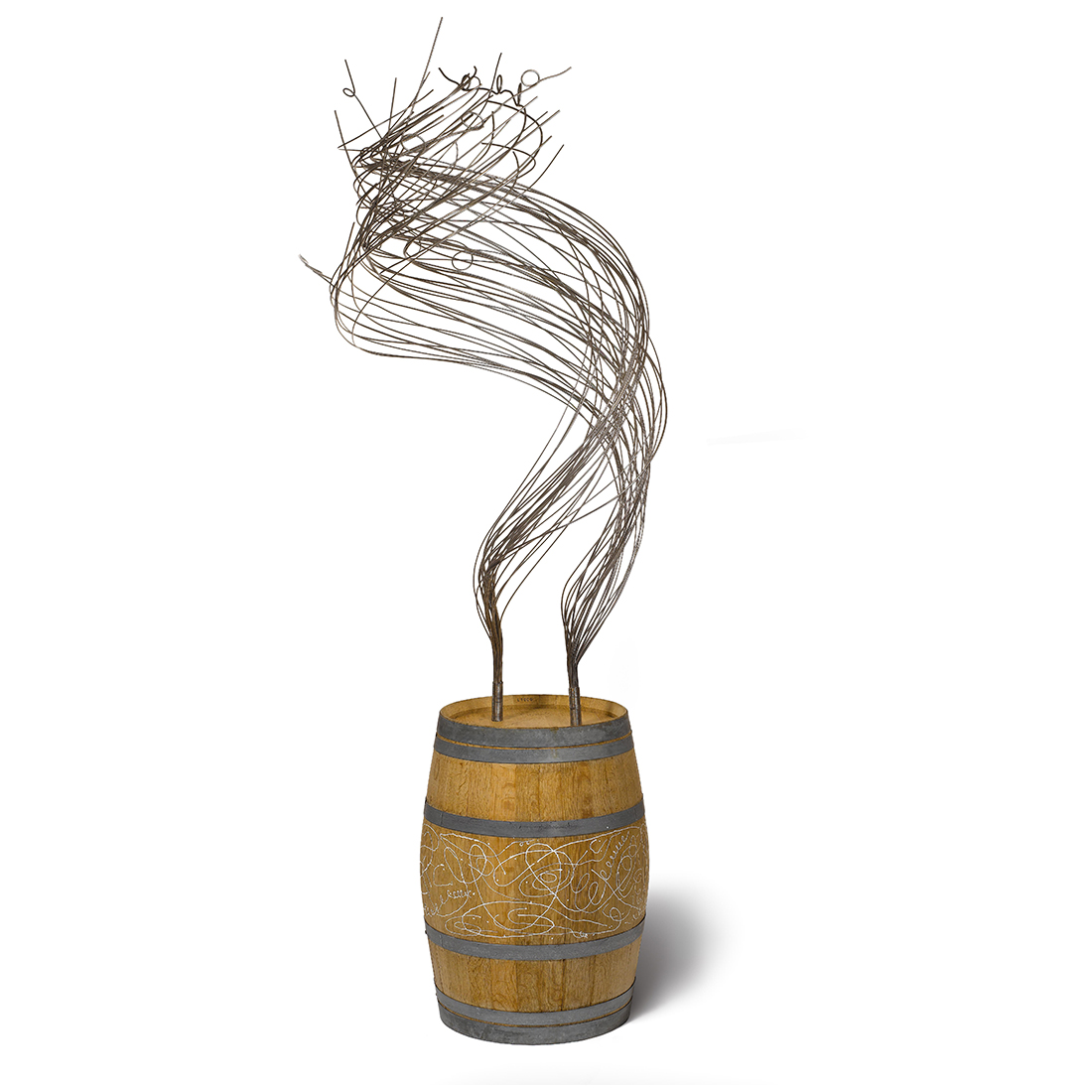 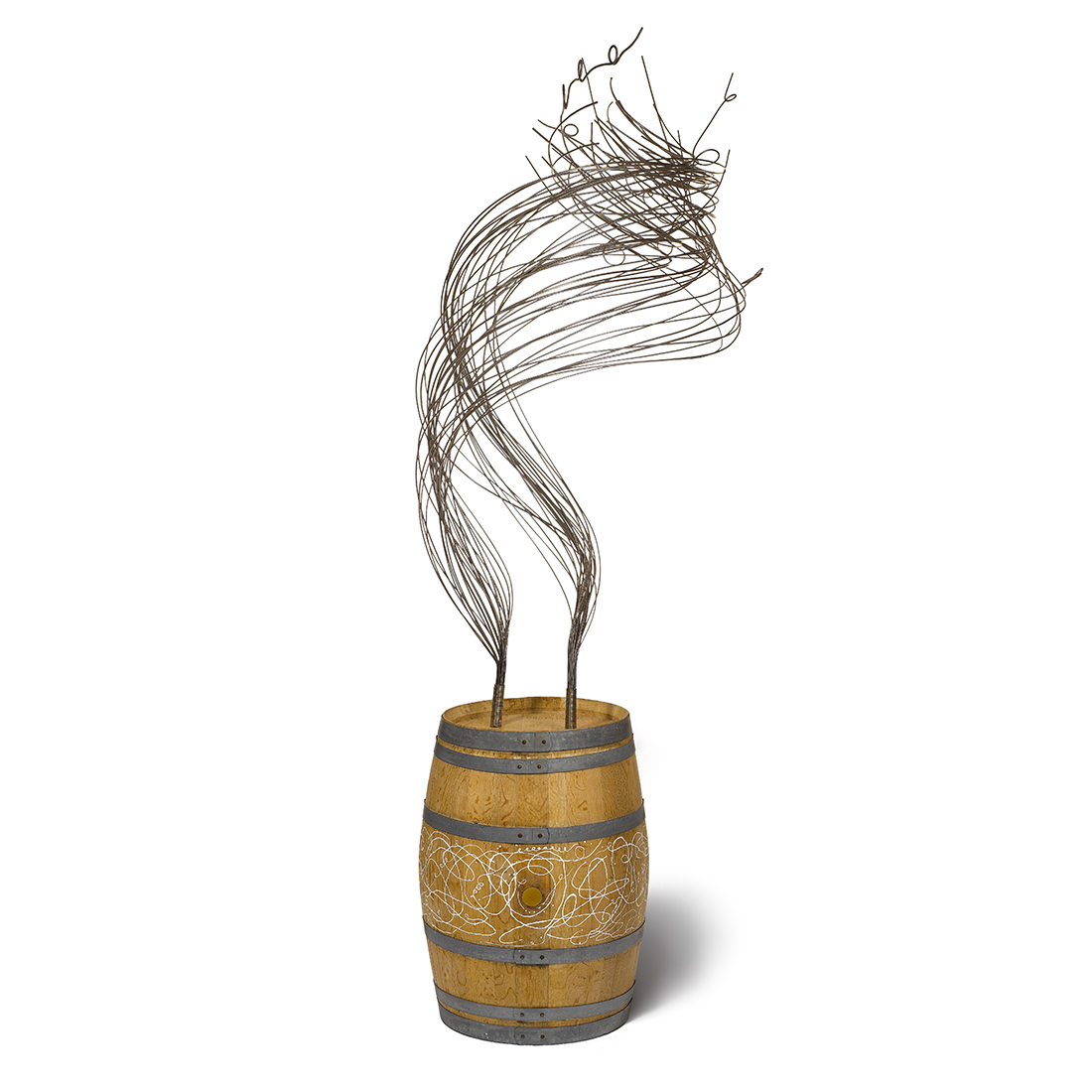 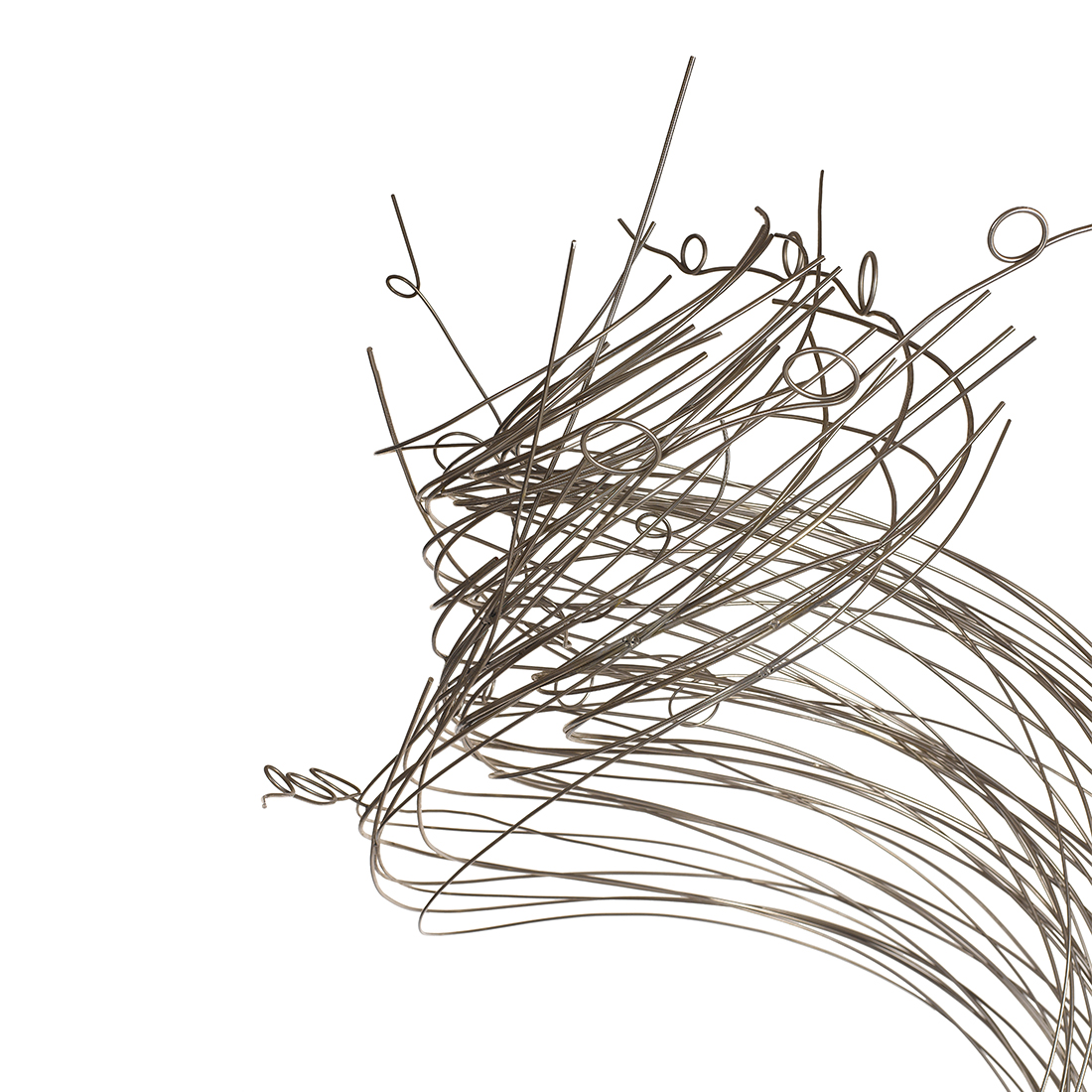 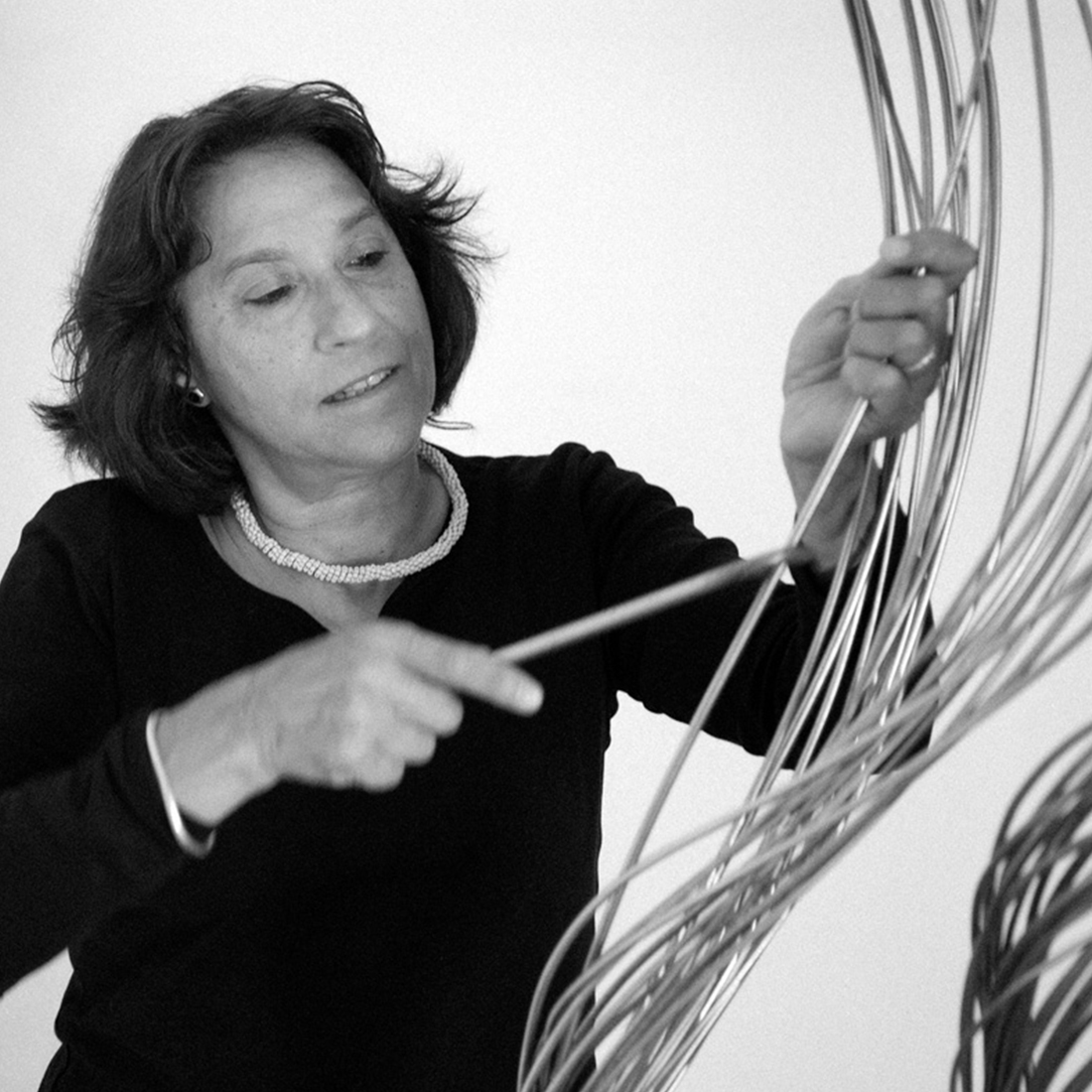 Pilar Cerda is a multi-disciplinary artist; a sculptor, potter, painter and engraver who immerses herself in conceptual installations which are largely related to movements of political and social support, the preservation of the ecosystem and the human dimension.
She is a graduate of Art History in the University of the Balearic Islands and has studied in the Massana School of Barcelona. She is also a graduate in Applied Arts with a degree from the School of Arts and Trades of Palma.  According to her critics, her work is noteworthy due to her individual synthesis of formal, aesthetic and symbolic aspects, inherited from a primitive time, with a historical reference point and the stamp of contemporary industry. Pilar Ribal.

Her works show shapes inherited from nature and the human figure in its conceptual and purest form, which attain an air which is both symbolic and suggestive through a technique which plays with the stylised volumes and shapes of bodies. Her mysterious lyricism induces an action halfway between movement and stasis. Gudi Moragues.
Her artistic training is both constant and continuous, with the permanent investigation of new expressive possibilities.
She has had numerous exhibitions in galleries, museums, art fairs and public spaces at local, national and international levels: Palma. Galleries: Beam, Llluc Fluxa, “Oliver Maneu”, Sala Pelaires, The Casal Balaguer Art Night, The Torrens Llado Museum, Espai “Ramon Llull”, The Cultural Centre of La Misericordia, the Miro Foundation. Pollenga: The Maior Gallery, The Bennassar Gallery, The Museum of Pollenga. The Dionis Bennassar Museum, The Norai I Gallery Soller: Espacio “Can Puig”, The Soller Museum. Manacor: “Torre de Ses Puntes”. La Cartuja de Valldemossa. Binissalem: “Can Gelabert”. The Museum of Sa Pobla. The Felanitx Cultural Centre. Sa Quartera Inca. Alaro. Puerto Pollenga. Formentor, Andratx, Santany and others.
Madrid, Barcelona, Catalonia, Saragossa, Seville, Greece, Italy, Denmark, Cuba, Korea, Germany. Noteworthy exhibitions: 1986 “The First Cultural Biennale from Mallorca to Rhodes”. Greece; The 1991International Art Fair of Bologna. Italy; 1992 “A Facet of Contempo¬ rary Art” in the Hyundai Art Museum Seoul. Korea; 1995 “Mallorca from Miro to Today” in the Gammel Holtegaard Museum of Sollerod. Denmark; 1997/99 “Instant+lnstant ” The “Sa Nostra” Cultural Centre (travelling exhibition throughout the Balearic Islands); 1997 “The International Biennale of Contemporary Art” The La Havana/Holguin Museum of Art. Cuba; 1997 Finalist in the 34th International Fine Arts Events of Pollenga; 1998 “Art Multiple” The Dusseldorf Art Fair. Germany; 1999 selected for the location of a public sculpture in the Park of the “Ciutadella” in Barcelona by Barcelona City Council; 2003 A sculpture selected by the F.A.D. (organisation for the promotion of arts and design) for an exhibition in Japan; 2004 “Homage to Costa and Llobera”, a travelling exhibition throughout the Balearic Islands and Barcelona; 2008 “Contemporary Ceramics in the Balearic Islands”, a travelling exhibition throughout the Balearic Islands and Barcelona; 2008, the creation of a public sculpture in “Sa Riera” Park of Palma, for Palma City Council; 2009 The Bot-Art Travelling Exhibition; 2010, finalist in the International Convocation “Metamorphosis of the Book 3.0” held by the F.A.D. Barcelona The artist has works on display in various institutions, collections and museums.