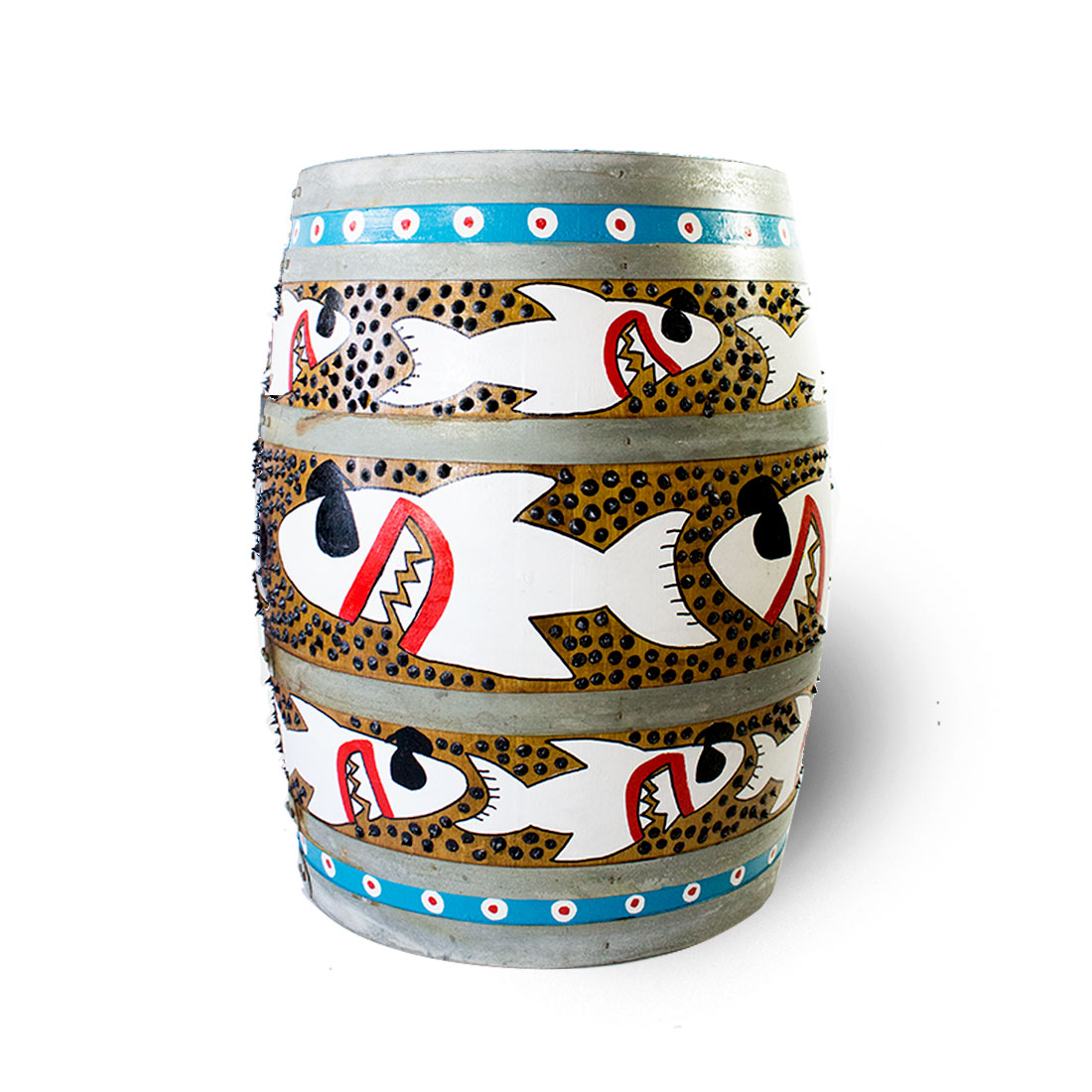 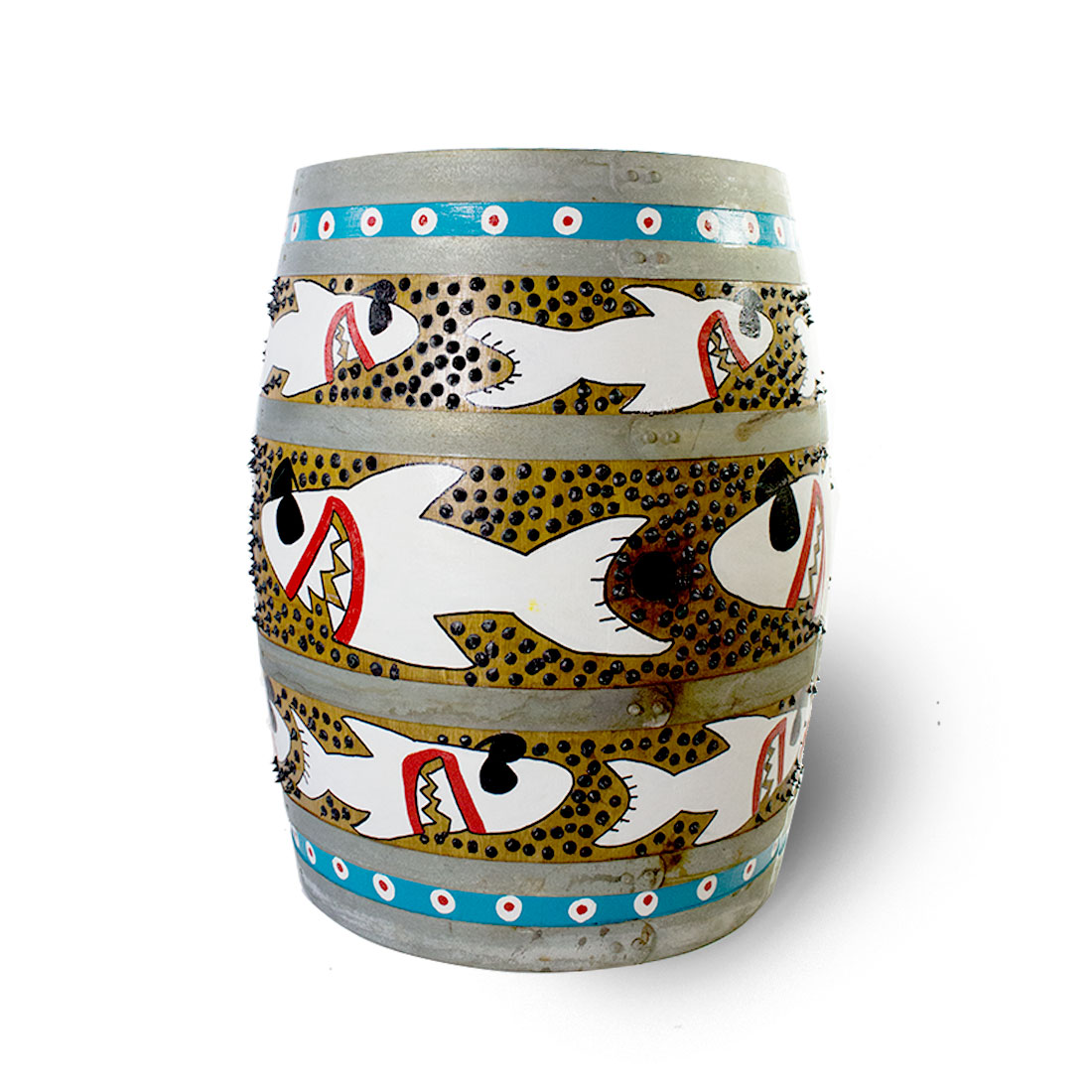 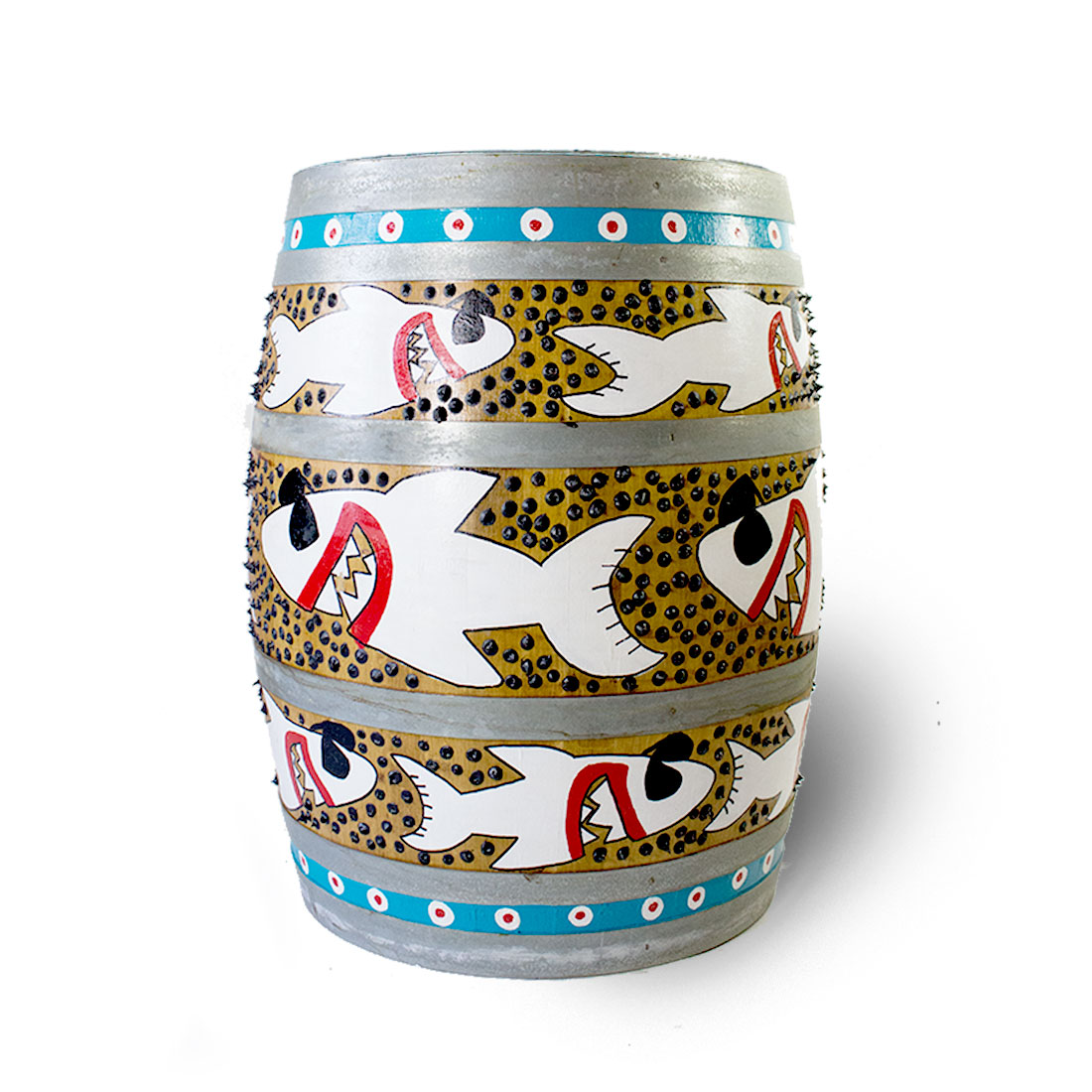 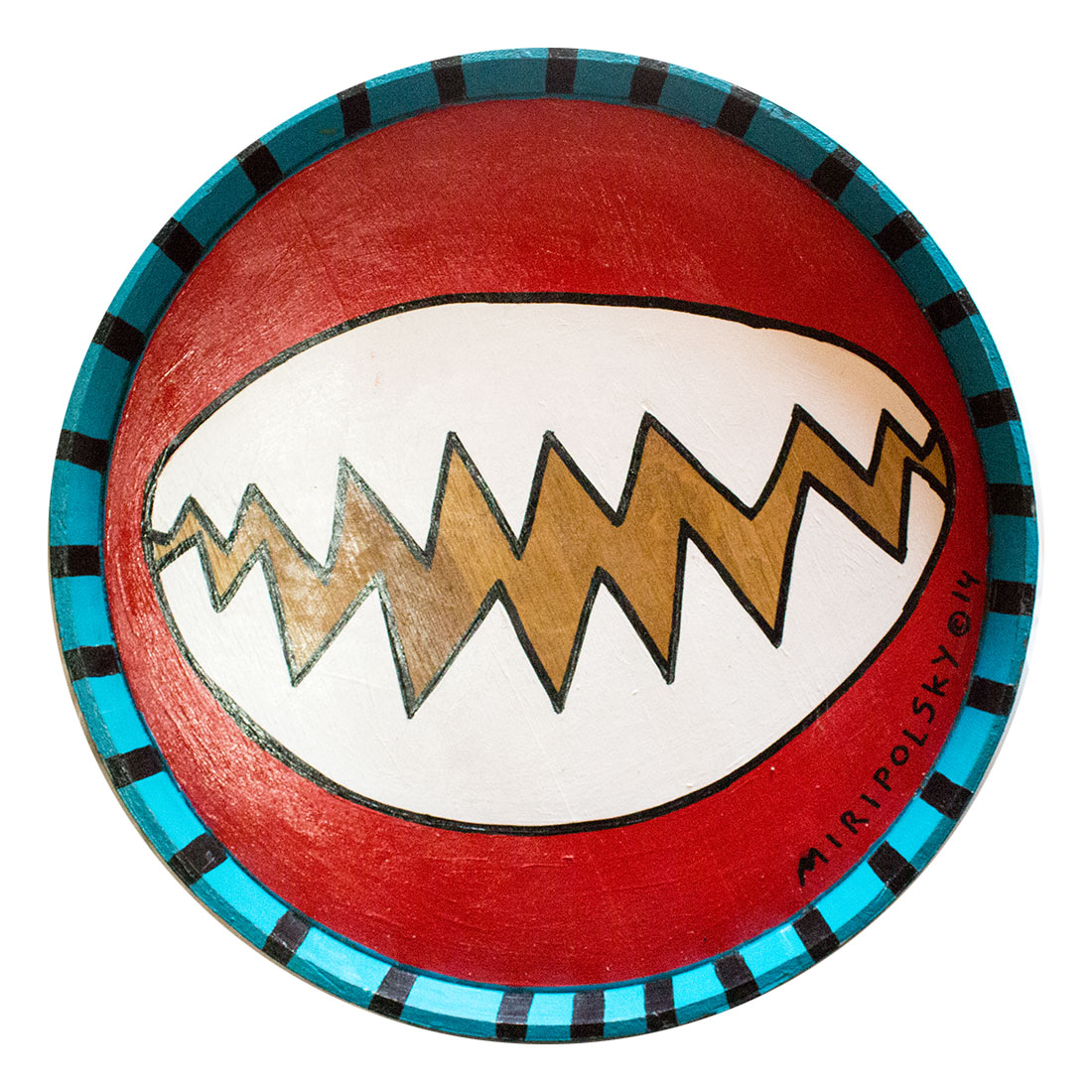 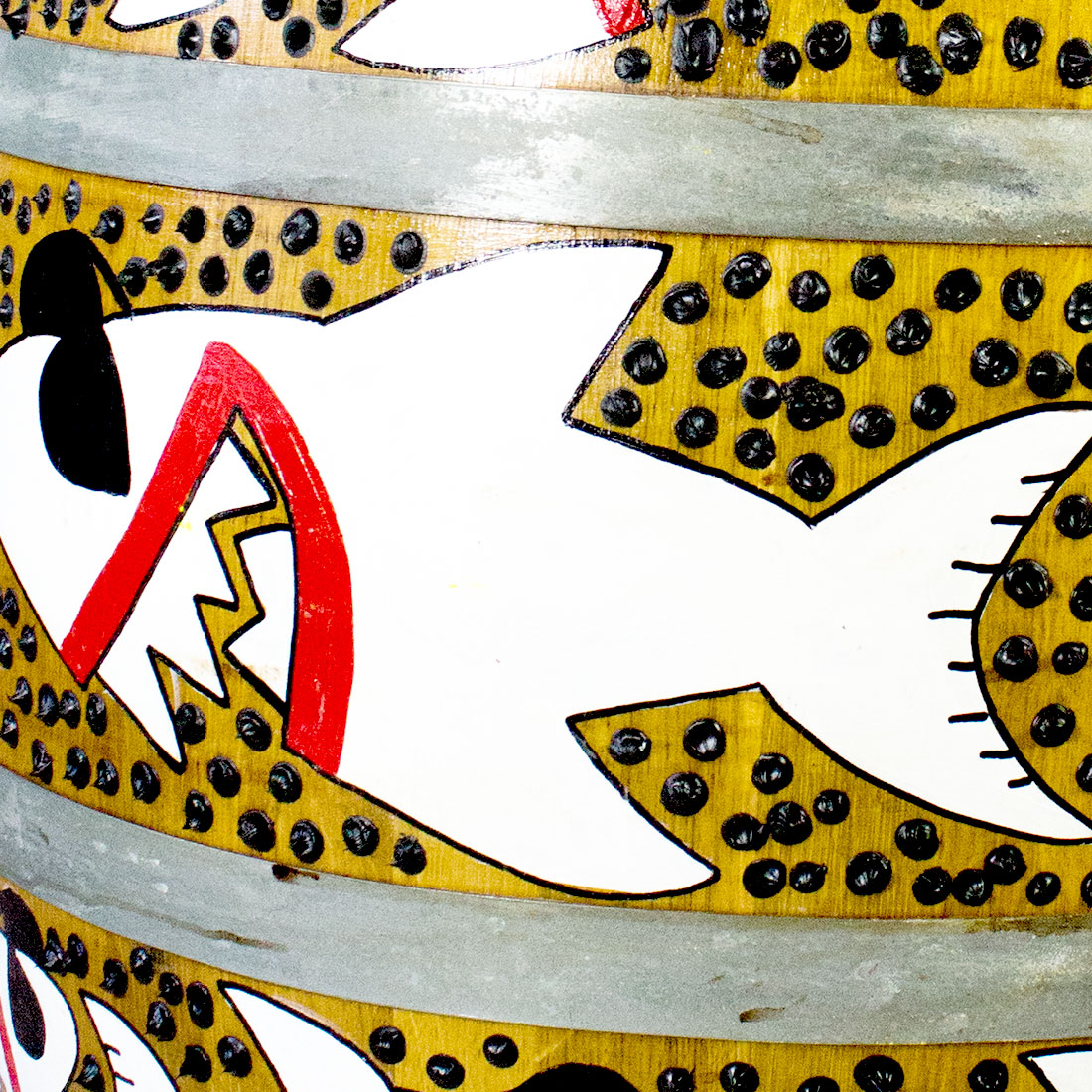 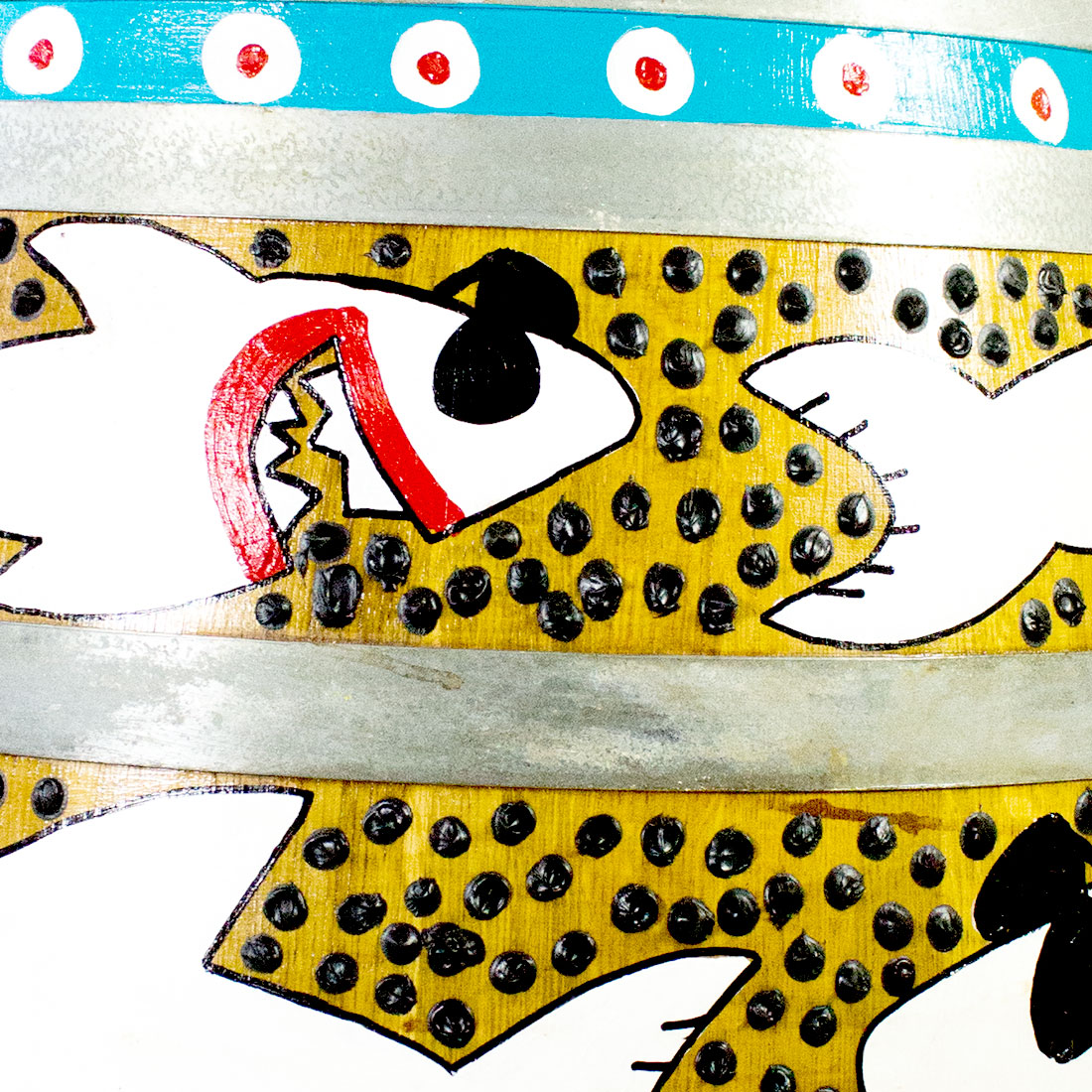 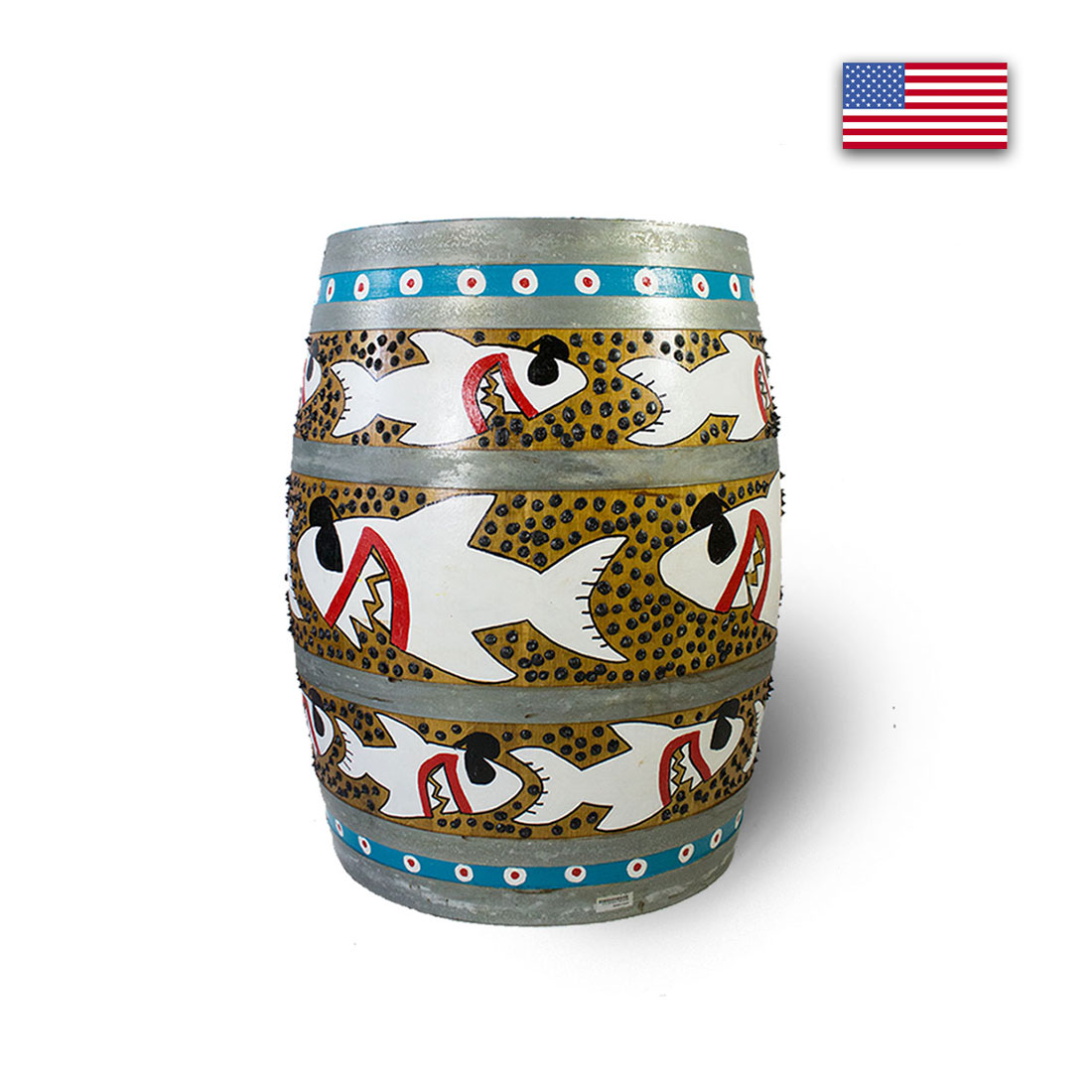 Andre Miripolsky is an artist of extraordinary abilities. As colorful a man as the exuberantly colorific art he creates, his signature style of pop imagery is bright, whimsical, energetic, and downright fun. A true multi-media artist, Andre is much more than a painter, taking his unique pop-style into sculpture, mobiles, graphics, branding, production design, sets and costumes. His sense of humor has been embraced by film and music stars, creating several art costumes for Sir Elton John – most notably the often-photographed “Piano Jacket” made for the famous Central Park concert. He has also collaborated on projects for Bette Midler, Quincy Jones, Robin Williams, the Rolling Stones, MTV, and Mattel, where he was commissioned to create a one-of-a-kind “Miripolsky Art Barbie.” From 1997-2004 he painted huge scenic sets and floors for the music segments of “The Tonight Show” with Jay Leno, making history as the first visual artist ever commissioned to create original scenic art. He also made basketball history in 1992 by painting a 6000 sq. ft. mural directly on UCLA’s center court at Pauley Pavilion for MTV’s Rock and Jock B-Ball Jam. His famous “Fear No Art” button has been sold continuously at LACMA since 1985, and was once carried in over 300 museums.

One of the famed Absolut artists of the 90’s, he created his first Absolut Vodka ad in 1991. In ’96, Absolut invited him to paint live on their website, for their ground-breaking “Human Ant Farm,” a week-long live art show broadcast. A year later, he again made headlines, with a day-glo version of the Absolut Miripolsky landmark billboard in San Francisco. It was so well received it remained posted for two years.

Born in Paris, the son of an artist who was also a Cultural Advisor for the American Foreign Service, Andre was exposed to many diverse cultures that stimulated his imagination, and created the desire to capture the beauty around him.  Living in exotic locales including Austria, Thailand, Indonesia, Iran and South Korea, he began painting with his father’s oils at age 8, creating his first landscape painting. At ten he sold his first painting to the American Ambassador in Indonesia, and the sales have been steady ever since.  After graduating High School in Seoul, Korea, he headed to the California Institute of the Arts, where he honed his quirky and unique style. He has an international following, and is regarded as one of Japan’s most beloved contemporary American artists, selling over 200 paintings there in the past several years through his representative galleries.

An LA-centric artist, he works closely with city organizations, and serves on the boards of the LA Art Alliance, the Downtown Artwalk, and the Hollywood Arts Council. His LA-branding campaigns include the 2005 commission by the Central City Association of a large 3-D wall sculpture depicting the dramatic growth of the Downtown LA skyline.  Combined with his phrase “Viva LA” on billboards and buses though-out the city, Andre has become very much a part of the landscape of Los Angeles. His local public art has included murals in Pershing Square, Starline’s Hollywood tour buses, and a dazzling mosaic mirrored street piano that graced the courtyard of the Grauman Egyptian Theater for the “Play Me, I’m Yours,” international public art and music campaign sponsored by the Hollywood Arts Council. He has created a vibrantly adorned and decorated street angel (part of the Community of Angels public arts program) and a whimsical 7’ x 150’ mural for Superior Grocers, requesting you to “Eat More Fruit and Veggies.”  These are just some of the reasons he counts local politicians Jan Perry and Eric Garcetti as friends and advocates!

Occasionally, Andre shares his talents outside of LA. One huge project entailed the complete interior and exterior face-lift for the Museum of Monterey. He created a Monterey Historama, incorporating historical and iconic imagery of the region, which was then printed as a 10’ x 55’ vinyl mural for the main exhibition hall. He also developed a signature “wave” motif celebrating the beauty of Big Sur, which was incorporated into fabric panels installed in the screening room, and also hand-painted on a 275’ wood fence surrounding the museum, becoming the largest public art installation in Monterey County.

Andre has lent his hand to many social causes, either through creation of inspiring art posters, commissioned murals, or by directly working on non-profit boards and committees. His commitment to causes include work for Pro-Peace, Aids Project Los Angeles, Artists for Disarmament, Colors for Freedom, Peace Love Studio, Jammin for Salmon, Paws LA, and for inner-city youth in Chicago and Los Angeles. He was recently honored in a show at the non-profit Art Share Gallery as a “Downtown Legend,” selected as one of 5 artists whose exceptional artistic work of over 25 years, social consciousness, and significant contributions to the community makes LA a better place to live.  Viva LA!